Stillness as a Source of Power – Part 2 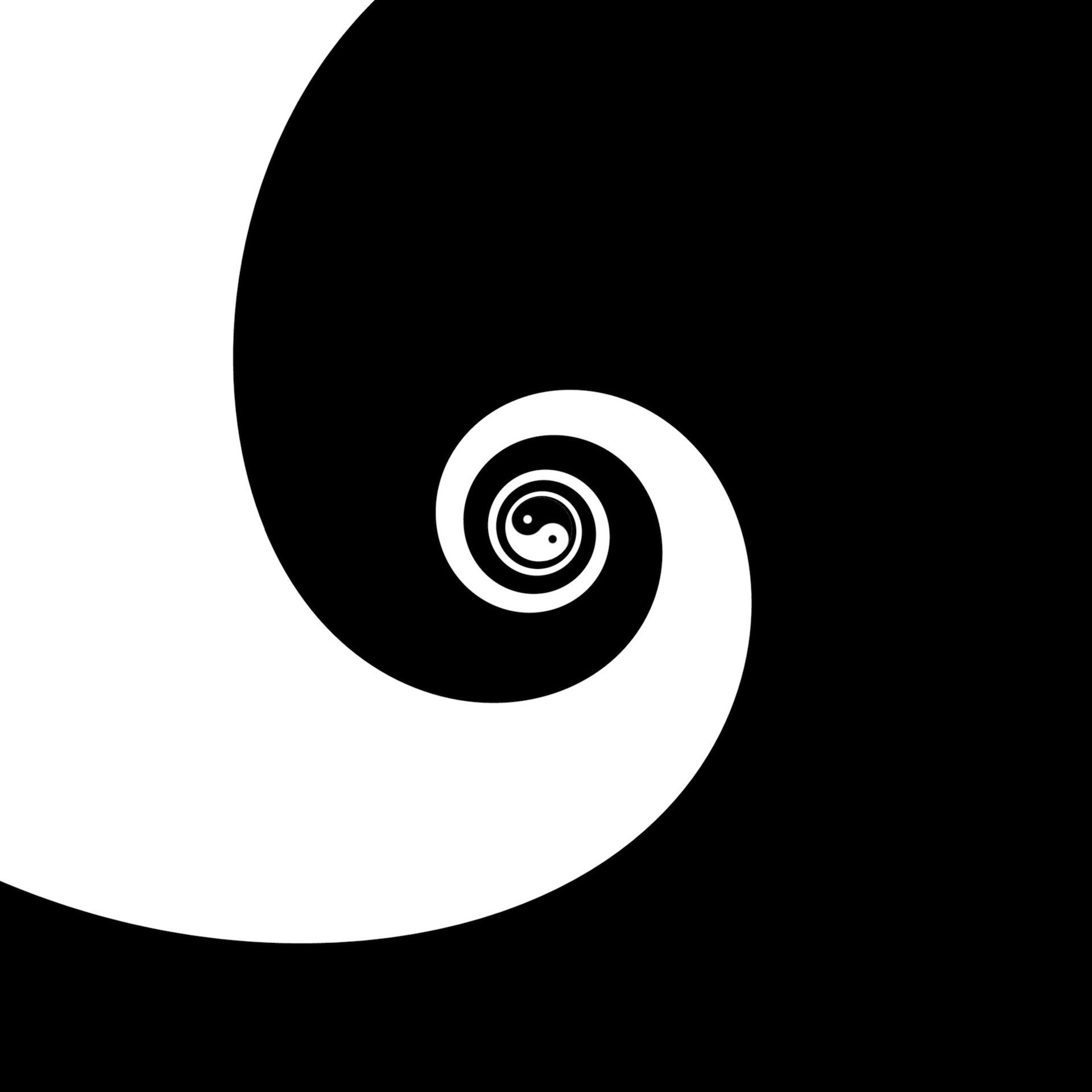 All aikido utilises the six directions, the four horizontal compass points, and heaven and earth (gravity and rebound). Without heaven and earth there are only circles, but, as previously indicated, up/down energy may be external, internal or internal moving in space. When a step forward or back is taken there is a half-circle of yang or active movement and a half circle of yin or passive movement.

Try this for yourself:

Stand in left hanmi, step forward with your right leg into right hanmi. Where was your awareness? Usually in the stepping leg (including the hip), the active force. Now try stepping with your mind/concentration/awareness (yi) in the left hip and try to feel a kind of whip around your back, transferring energy from your left foot leg and hip to your right movement. In this way your balance will also change as you increase the yin to power the yang. Don’t try too hard or you will turn intent into muscular power!

Now standard training states that in aikido (and karate), when stepping, you should maintain the same height, in other words, don’t bob up and down. Here is a conundrum, you need up/down energy to create spirals, but when you move up and down in an obvious manner, you lose balance and power. So stance training. Go lower, stretch and thicken tendons and tissues, increase elasticity. Store springiness in your joints and ligaments so that there is constant, but very small, up/down internal activity, which can be accentuated instantly in external applications.

I realise this makes for dense reading but, again, this is hands-on work and no matter how full an explanation, direct feedback, especially diagnostics through push testing and graduated resistance, is the only way forward. It gets easier to put the clues together when you begin to feel some results.

Another vital point in training internals for external application (it does not have to be trained that way) is the connectedness of the arms and hands to the T-cross formed by the relationship between shoulders and spine anchored in the pelvic structure. When there is slack in the tissues of the back and chest, rotation of the spine does not fully transfer to the shoulders and arms. There is a lag in time and power, which usually results in the arms and hands working independently, using normal, segmented muscle power instead of connected full-body power. Likewise, if the lower torso is not transferring power to the feet, there can be no rebound power to the center and up the spine.

Mindfulness or intent requires all movement to be preceded by the firing of energy channels and nervous system in the order leading from intent to energy to movement. If you throw a punch whilst clenching the biceps and shoulder muscles, a huge amount of power is lost, and the punch will be slow. Changing that habit will require thought, not just repetition. The more the tissue between the shoulder blades expands (turtle back), the more power will become available, and what appears to be forward movement will result from a curving movement (projection forward as a result of expansion outwards).

Without trying to cover all the different connections needed to have a wired together set of body connections, I have tried to give a variety of indications as to some of the kinds of work required to create spiral energy and movement within the body.

Alongside this is the idea of bridging already mentioned. Bridging refers to the ways in which we make contact with an opponent. Without some kind of bridge, whether it be a punch, a kick, or a grab, at least in the ordinary sense, there is no contact for transferring power. However, there are other, more subtle ways of transferring power, or, more correctly, intent. An obvious one is sound, the kiai of martial arts. Almost all animals make sounds to express warning or threat. These sounds are almost like a leakage or escape of air from an inflated balloon. They allow the animals to make a bridge to each other, in which a non-physical gauging of power takes place, often ending in one animal retreating. Often what is termed de-escalation has an element of warning hidden in the defusing process. In other words, the internal energy involved is both yin and yang simultaneously. It is transmitted directly (making a bridge), but it is oscillating and rotating in its internal structure.

Body language is another example. How a person positions themselves to be able to reach another without being reachable is a one-way bridge communicating a subtle warning, which will be received by some people. Use of the breath – either synchronized with the other or intentionally calming or warning can disrupt another person’s energy, making them either more relaxed or more volatile. Both body language and distancing (proximics) must be trained until the natural alternations of yin and yang form the pulse of any interactions. Normal breathing, reverse or pressurized breathing, breathing to the bones or to the feet (no lungs there, only intent) likewise must become natural responses, or else you will not be able to externalise internal properties.

What governs all of these interactions, in order for them to be considered a bridge, is intent. Intent in this context means having developed an awareness of the location of another’s center and seeing all points of contact as an angle of entry to the same point, the center.

Next to this is the development of all points on your own body as being attached to your own center. This is a work in process, but it implies that all locks and strikes begin before physical contact and continue beyond the point of contact (zanshin, or lingering awareness). Penetration to the center is a mental process before it is physical and, if the penetration is strong enough, may reduce the need for any kind of physical contact at all. All straight movements should then contain spiral energy. This leads to “snakelike” striking and control, the target never being lost whilst the limbs coil. At the same time, all spiral movements should contain straight energy, the target never being lost to rotational movement.

The key to rotation is in the delicate dance of heaven and earth, one force pushing you down (gravity) and the other property (rebound), providing the means to use structure. These two are never in balance, always recovering and correcting, truly needing a ‘floating bridge’. These two lines of force could be considered to create something like a spinning top effect, where the rotational forces spill outwards. These forces spin up, down and off the spine into the torso and limbs. General physics explains that electrical currents generate magnetic fields which in turn induct electrical currents. Similarly, body and mind working together can increase the energetic charge, which discharges through the nerves firing our muscles. Remember, intent comes first; increasing intent increases nerve activity and the way in which the muscles respond. The planes of movement are the spinning description of magnetic activity.

Ok, so is any of this going to help your martial ability? No. What will help is to incorporate a greater level of understanding and a broader imagery of what training could be. Without actual physical skill none of this counts, but similarly just sweating and grinding will not produce internal skills. A different energetic model is needed to go hand in hand with a way of moving that fits.

“Winning without fighting”, to quote O Sensei. This is not pacifism, it is high level, intent-driven Budo. The notion of closest weapon to nearest target finds its fullest meaning in the mental and spiritual realms. When you become the sword, you don’t need the sword. Stillness returns.